In ancient times, he was the founder of a nation, a city-state called Endeavor. Endeavor was a grand experiment (hence its name), the first of its kind: a democracy, not a monarchy. And from the start, it appeared to be an unmitigated success as such things go: freedom, equal opportunities, social improvements for all, public health, etc., etc.

Palaemon was one of the most powerful wizards who ever lived, but what seems to have set him apart is how much in his early days he devoted his magic to help improve everyday folk’s lives. He implemented a method of free teleportation as mass transit within the city. He provided each family with their own rechargeable healing wand. Those of evil alignment were detected and exiled. It’s said Palaemon invented pretzels, both hard and soft varieties, and was chums with Fargol, the celestial panther that the city of Farglad is named after. 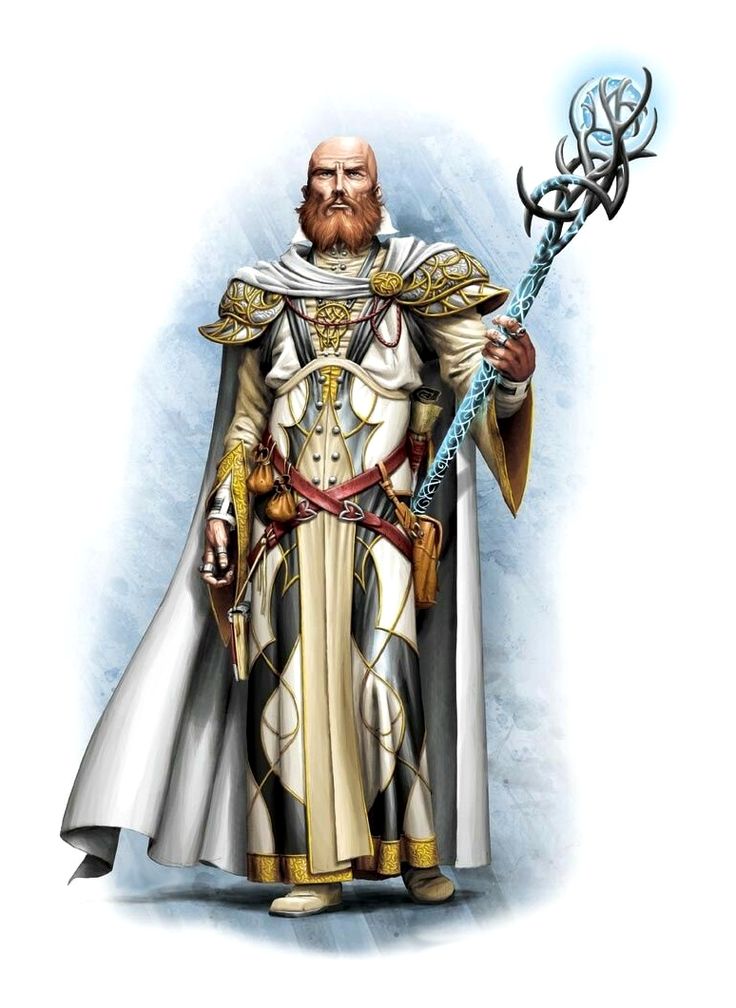 So all seemed good, right? Ah, but no The gods weren’t keen on this whole democracy thing. They perceived it as a growing seditious movement careening recklessly nearer to godlessness.

In the popular story still told as a cautionary tale in Paradon, Palaemon became a victim of his own success, turning into an egomaniacal tyrant bent on plotting against the gods. Under poor leadership (i.e. no monarch), Endeavorans became decadent and corrupt, letting chaos into their lives. The mass transit teleportation was faulty; it sent people into each other’s homes by mistake, or miles up into the sky where they fell to their deaths, or into other planes! And those healing wands were abused; I’ll say no more and spare you the sordid details. Also, they started putting mustard on the pretzels. Mustard!

In short, the whole ‘grand’ experiment of these mortals was a failure, through and through. Proud Palaemon met his justifiable doom when a colossal golem he had vaingloriously constructed in his own image ended up turning on its master and killing him. Some say it fell on top of him. Some say it squashed him like a bug. Either way, he was flat and dead and that meant the death of Endeavor. What a foolish thing for mortals to do. Thank goodness we have a monarch. Learn from Palaemon’s mistakes and never, never do anything like that ever, ever, again.

In Paradon, there is an annual festival to honor the king. As a way of celebrating the failure of the anti-monarchical Endeavor, folks create effigies of the colossus and a puppet version of Palaemon, the Second Fool, and reenact him getting killed by it. Flattened pretzel chips called “pallies” are eaten.

No one eats mustard.