Having saved Raismonts Academy in its hour of need, you make your exit via Primwizard portrait then navigate the missing wizard’s maze of inter-dimensional hallways until you find the right portal back to Ralfustro’s mansion in Gridea.

Your jovial host is even more giddy than usual. The Order of the Wick and the Flame, he informs you, has a special surprise for Daisy. He leads you to a well-furnished room where sitting on a bed is Tumn! 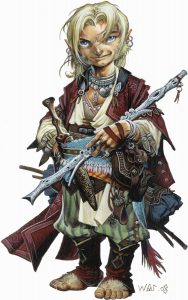 When last seen, Mouse had rescued Daisy’s brother and the mysterious Axlan known as the Rectoress from the City Unfair, and the two halflings were last seen escaping Farglad in a hurry. Now you see Tumn has been returned safely, but he’s a glum Tumn. He was traveling with the Rectoress on an important mission when they were ambushed by hyena-headed highwaymen (i.e. gnolls). Vyrin Lortis (Ruthorian’s daughter), sent by the Wick to track Tumn at the Unsworn’s behest, spotted the two in the tight spot. She pulled Daisy’s brother away and glow-hopped him back to Ralfustro’s. The Rectoress was left behind, however, and her fate remains unknown.

Tumn tells you he is eager to get back to his quest! He tells you his destiny as the Shepherd Prince must begin with a visit to the Blink Dogs who reside on the Plains of Nemir. Tumn asks you all to accompany him on the journey. Daisy remembers the final words that her Nana’s ghost spoke before she left this Plane for the nurturing arms of the Radiant Maiden in the Great Beyond: “Take care of each other.” Daisy, in her her usual gruff way, agrees to be Tumn’s quest-mate.  The rest of the Unsworn are up for the adventure as well. 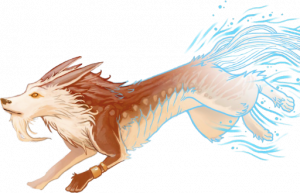 You purchase horses and ponies and set off for the Plains. On the way, there’s time to get to know your new party member Tumn better. He serenades you with songs on the braybury, his halfling flute, and it turns out he’s pretty good. Tumn tells you he believes the Blink Dogs will greet him as a friend, or maybe some kind of god. At any rate, he’s optimistic about the reception he’ll receive.

For homework, Tumn was instructed by the Rectoress to study a book of Axlan imperial history. Apparently, the Shepherd Prince prophecy implies he will bring back the Axlan Empire, specifically those loyal to the Eminent Empress Ghilanna Paggion, she of the final Paggion Empire. Tumn has barely cracked open the pages of the tome, finding talk of the various Paggions boring.

Never one to let a book go unread, Dovienya asks to borrow it, reads it over the course of a night or two, and learns that:

Eight centuries ago, the Empress died, became divine –  her body laid reverently to rest in the new Necropolis where all her subjects chose to be interred as well. But strangely, anyone born after the date of her death refused to observe her divinity and continue the burial custom. This next generation revolted, civil war erupted, and the youth overthrew their traditionalist forebears. This caused the Great Axlan Empire to fall, and the clans to be disbanded. It was known as the “War of the Youth Against Their Elders” (probably sounded better in Axlan, you presume).

Dovienya infers that the Paggions were infected by the Sower / Duriguin, the monarchy parasite.  A significant piece of information, to be sure, but what does it have to do with the Shepherd Prince?

After many days of riding and camping, you finally arrive at the Plains of Nemir. Trig takes to the sky in the form of an eagle, and with uncanny sight, manages to spot a small group of Blink Dogs twinkling in the distance. The Unsworn are able to track the band of magical canines and catch up to them. The six Blink Dogs, wary of humanoids, only speak Sylvan – but with Nim and Trig conveying Tumn’s assertion he’s the Shepherd Prince foretold in legend, they (somewhat ambivalently) agree to take you to the rest of their pack, where you meet their Alpha, a female named Eubha. 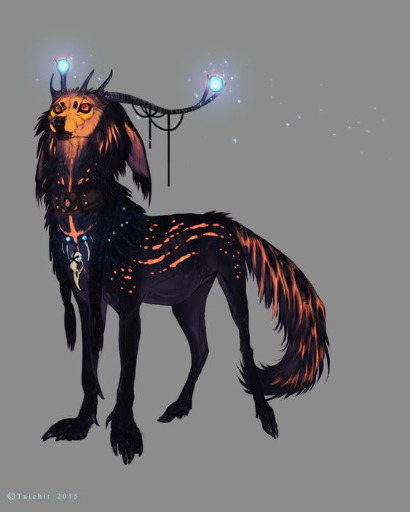 Eubha, exhibiting the clear demeanor of a strong leader, appraises Tumn for a moment.  She seems unimpressed. “Is this a joke?” she asks. “We already named a Contender this Turning.”

Getting no response, she Blinks a few times slowly, then sighs.  “Fine. We will have our Sage read the stars. He needs the practice.”

The Sage of the pack is then summoned, and it turns out to be a mere lad, a Blink Dog pup. It is explained that the previous Sage (also Eubha’s mate) died recently, and his young apprentice replaced him in the role – a male pup named Labhrann.

Labhrann calls for a meeting of the whole pack that night to gather around the party under the stars so he can read the constellations.  As the sage-pup examines the firmament for omens and signs of import, a single star in the night sky suddenly seems to burn brightly. There’s quite a stir from the assembled crowd at this, causing a fervor of blinkings. The young Sage, awestruck, mumbles something. Nim translates: “The Beggar Bowman’s arrow is on fire.”

It’s explained that the star’s fiery brightness means the Unsworn’s fates are tied to the Shepherd Prince in some way. They may accompany Tumn the next day during the three trials that will determine whether the pack accepts him as a contender for Shepherd Prince.

After breakfast, a delegation of the pack, including Eubha and the sage-pup,  take you to a span of immense mounds bulging out of the ground, an area of the Plains they call the Vagabonds.  The Blink Dogs sit or lounge on the grass at the base of the mounds, casually watching Tumn in silence.  They provide no instruction. Tumn is just expected to know what to do.

> Tumn passes the first test : he senses which mounds contain undead inside. He possesses the power of Spiritsense.

>  Tumn passes the second test : he can wound incorporeal creatures using no weapons.  He possesses the power of Spirit Touch.

>  Tumn passes the third test : he plays a song on his flute that is so haunting, it grips the spirits of those that hear it. Even the giant zombies within the mounds, normally immune to mind-affecting effects, are fascinated by his song.  He possesses the power of Haunting Melody Tumn’s Tumultuous Tweetle-Toot. 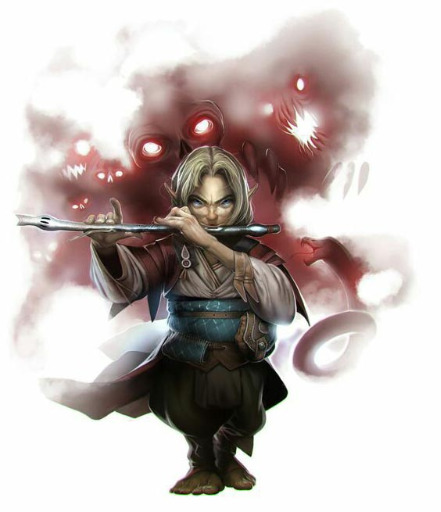 With all three tests passed, Tumn is recognized by the pack as a Prince Contender.  To Daisy, he expresses embarrassment at his exposure as a magic user.  The ability to fascinate others with his music is something he discovered about himself from an early age while tending his sheep, but he always kept it a secret. Resigned perhaps to a world gone mad, Daisy is less surprised and judgemental about these sorts of things than she might have been in days past.

Back with the pack, the Blink Dogs gather around the sage-pup to watch him recite these cryptic words of instruction, meant for the Prince Contender:

From the riddle, it’s made clear that Tumn must go to the Borderlands Beyond Death, to the place known as Purgatory, and to do so without dying first. The only way such a thing is possible is to read the words on the Tablets of Asmenkorod.

Once within Purgatory, Tumn will be tested further, but if he survives those trials, he will emerge as the Shepherd Prince of legend.  The Blink Dogs say he will stand once more on this same hill and join them for the Droving.

They say the word “Droving” with much import, but explain no further.  They also provide Tumn the “Crook” (also said with much import), a non-magical staff with a hook on the end, and point him in a single direction with a lifted paw.

The Blink Dogs nod enthusiastically, relieved they are finally understood.

Dovienya is able to further parse some of the Blink Dogs’ riddle. In the Brutal Mountains past Qualic, there is said to be the spot known as Gwendol’s Gate where the fool Gwendol was banished to Purgatory. She read the tablets that her lover the goddess Jerum put a trap on. If the tablets still exist, the riddle suggests, reading them will send a living person to Purgatory as well.

To accompany Tumn on his quest, the Unsworn agree to travel across Qualic and endure the Brutal Mountains, aka the Brutes. Based on his knowledge of local geography, Dovienya decides the best course of action is to head south a few days ride to one of Brega’s roadstones first. It’s always a good idea to commune with Brega before a big trip as she often bestows blessings to travelers. Plus, Bregans leave helpful information at their wayside shrines – rumors, maps, etc. –  that could give the Unsworn a better idea of how to proceed.

That evening, the Blink Dog pack extends its hospitality to Tumn and the rest of the Unsworn with feasting and celebration. Nim makes a heartfelt connection to the sage-pup Labhrann, and the two engage in some illicit cuddling.